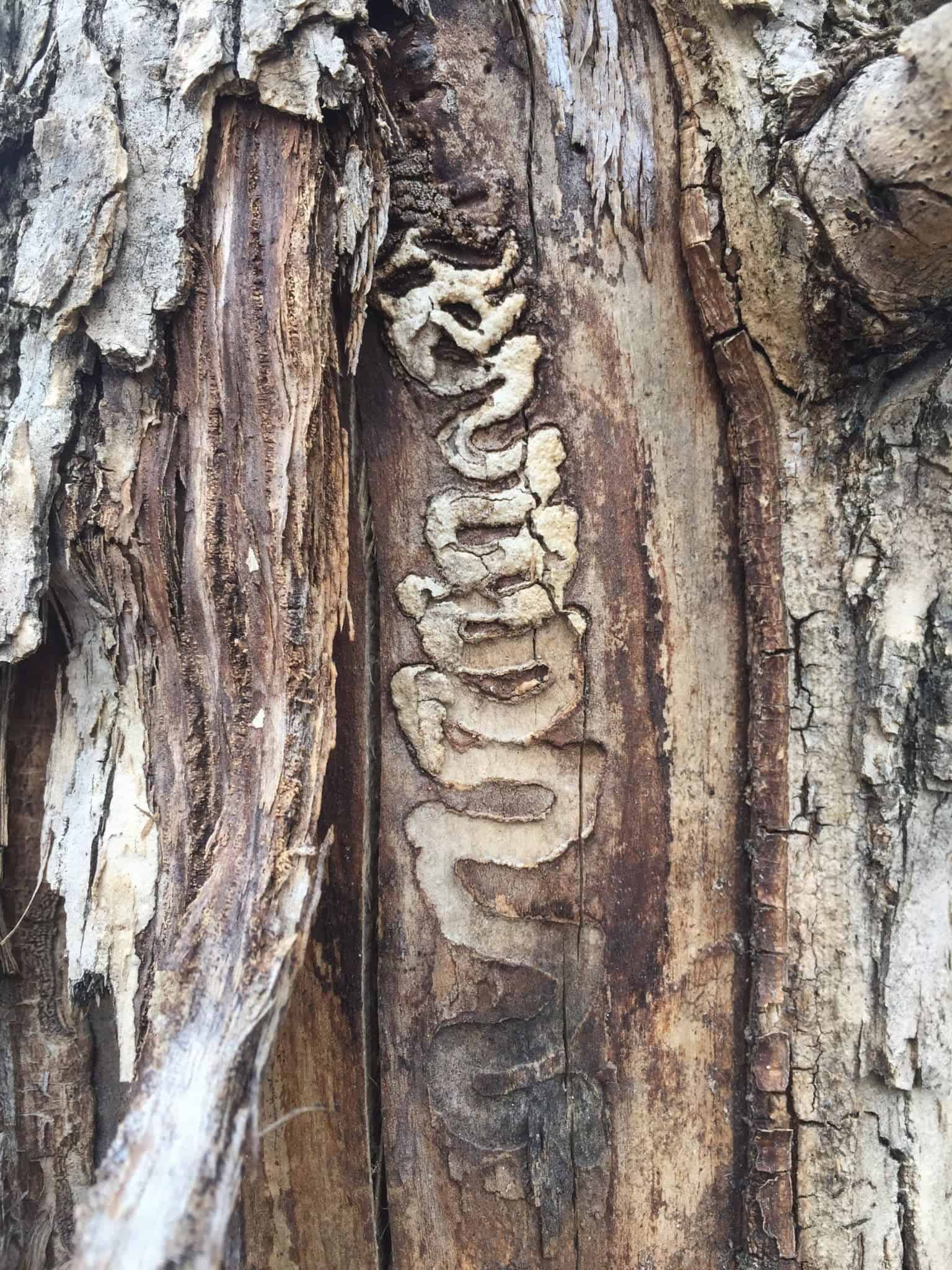 About The Emerald Ash Borer (EAB)

This pest is something you hope you never have to deal with, that’s how destructive it can be. The Emerald Ash Borer has already destroyed millions of trees, with countless more to come in the next 20 years! For those people who have no idea what it is, here’s a quick description of the EAB.

Called “emerald” because of the metallic green color, this very destructive insect is less than ½ inch long, making it extremely hard to detect with the naked eye. How can something so circumspect cause such tremendous damage?

The EAB was first discovered in 2002 in the US in Michigan, but it has been prevalent in China, Russia, Japan and Korea for quite some time. Belief is that it came to the US in shipping container wood from these countries, and further spread though-out the country from firewood that had been infected. Whether or not that is true really makes no difference. Since it has no known natural enemies, it is considered to be an invasive species, and needs to be destroyed before it can eradicate all the ash trees in the US. Since its discovery in 2002, ash trees through-out the upper mid-west extending all the way to NY in the east and as far away as Iowa in the west have been destroyed by the EAB.

The beetle lays eggs on the bark of the ash tree, and in turn the larvae tunnel through the bark and feed on the sapwood of the tree during warmer months. During the winter, the beetle morphs into pupae, and in the spring the adult EAB’s gnaw their way to the surface and make their escape to continue to wreaking havoc on other ash trees. Unless the ash trees are treated millions more will be lost, as well as millions of dollars by areas affected. Even though the process may take years to occur, the loss of ash trees infected is a sure outcome. Healthy ash trees must be treated by an arborist who has the knowledge to recognize any signs of infestation and take measures to prevent the pest.

Unfortunately, complete tree removal is necessary once the ash has become infected before it can spread to surrounding areas, which it will. In essence, the best prevention is to take a proactive stance and have all your ash trees treated by tree care experts. Don’t wait until your trees start showing signs, however, because by then it will be too late. Usually, there are no early signs or symptoms of the tree being diseased, and once there are, the tree is definitely ready to die. Before this happens to you, call a tree expert, who can diagnose any problems, and take steps to eradicate the EAB, which almost always is going to mean complete tree and stump removal.

Some of the more obvious symptoms of EAB infestation are branches that tend to die off anywhere on the tree. The canopy starts to thin out, and the uppermost leaves at the top become discolored or fall off entirely. Sick trees may attempt to grow new branches near the bottom or base of the tree. This is known as Epicormic Sprouting, a term used to describe the effect of stress the tree is undergoing as a result of being attacked. Another obvious tell-tale sign of an infected ash tree are vertical splits in the bark called larvae galleries-areas where the larvae are burrowing and feeding. Woodpeckers feed on the EAB larvae, so if you notice a lot of these birds converging on your ash trees, it’s a sure sign your trees are sick. You will most likely see the woodpeckers up near the top of the tree because this is where the beetle usually first attack.

The damage done by the woodpeckers can be extreme, but is inconsequential when compared to the destruction the EAB causes over time. While the birds can make it so that the tree might have to be pruned, woodpecker damage is not contagious and does not spread throughout the whole colony of ash trees. A good tree trimming company can provide services like pruning or trimming back areas that the woodpeckers have damaged. They can do nothing for a tree that has been infected by the EAB except cut it down and grind up the stumps. Also look for “D” shaped exit holes that will tell you for sure that the beetle and larvae are present, or galleries (trails) that are “S” shaped and are dense with sawdust, and wind down in a serpentine pattern. The larvae itself is cream colored, has pincers on the stomach, and is slightly flat. They can reach a size of 1 ½ inches when they finally stop growing, and you can see them feeding under the bark of the tree. You can recognize the adults by the bright green color, but since they are only about the size of a grain of rice they are difficult to spot unless you know exactly what you are looking for.

It is very fortunate that the US Department of Agriculture and Animal Plant Health Inspection Services, (or APHIS) has a national plan that is equipped to deal with this potentially deadly threat to the nations forests. Arborists can receive training on how to effectively deal with diseased trees, as well as how to quarantine areas as much as ½ mile around other existing ash trees. This essentially means that nothing can be moved from the quarantined area, including firewood, logs, or nursery trees. Unfortunately, any tree nurseries operating within the area may not sell any of their young ash trees.

TreeAzin is a chemical that has been developed that can efficiently kill off 95% of the EAB larvae and can reduce the number of eggs that have been laid. Tree service providers must be trained and certified before they can apply the product, and are an important part of eradicating this most dangerous insect. If you have any ash trees on your property get in touch with an arborist or tree care experts and have them come in and inspect your trees. Even if you think that your ash trees are perfectly healthy, there is no actual way to tell unless the tree care company inspects them and gives you the all clear! Keep in mind however, that trees miles away that have been infested can infect your healthy trees at any time and you must take steps to prevent it.

Communities have already lost so many ash trees to this insect that it would be a shame if they did nothing to stop the EAB, especially since there are methods available now to do it. Colorado, for example has instituted an aggressive plan to rid the state of the EAB, and in Minnesota it has become an absolute necessity since the infestation is spreading like wildfire in that state.

There is no simple or tried and true method to tell the difference between a sick tree and a healthy ash. However, there are a few methods to detect the EAB, such as pheromone traps that attract the beetles when released. This is one way to draw the beetles away from the ash trees in the area, but at the same time, it is quite expensive to do. Learn all you can about this insect if you happen to have ash trees on your property and you want to keep them healthy. You can also contact us for a professional ash tree inspection. 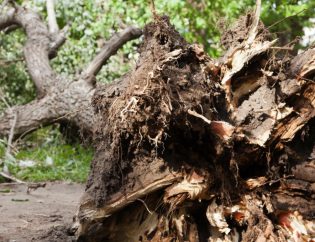 vamtam-theme-circle-post
Inspections are central to living a comfortable and safe life. Think about it for a...
Read More 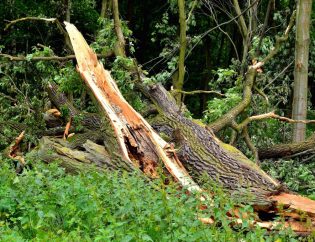 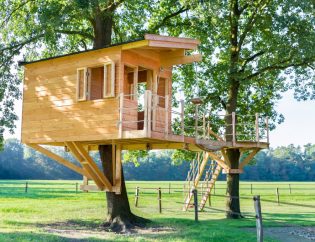 vamtam-theme-circle-post
If you own an oak tree, you will need to do regular pruning to keep...
Read More 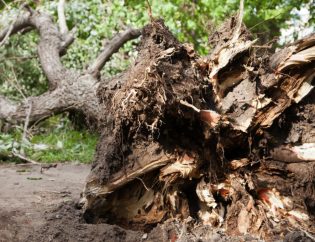 vamtam-theme-circle-post
Trees keep memories, and once in a while, you’ll see some of your favorite trees...
Read More 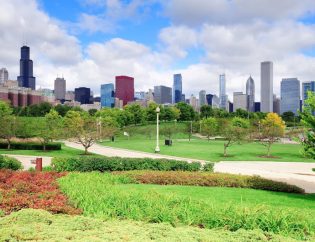 vamtam-theme-circle-post
One of the most accessible ways to tackle the climate crisis is by planting billions...
Read More 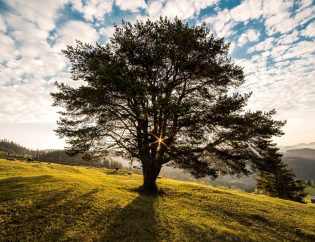 vamtam-theme-circle-post
Oak trees have signified strength for ages. A single oak tree can live up to...
Read More 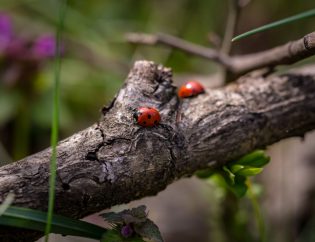 vamtam-theme-circle-post
Pruning is always an intimidating process, and when it comes to cutting down whole trees,...
Read More 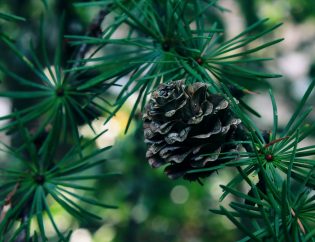 vamtam-theme-circle-post
Across the Midwest, most homeowners and gardeners tend to call conifers evergreens generally. While the...
Read More 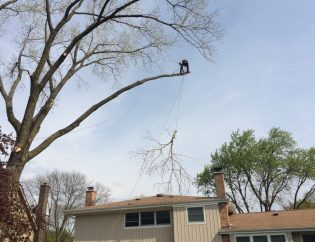 vamtam-theme-circle-post
Sometimes, it is hard to decide to remove dead wood from a tree, especially if...
Read More 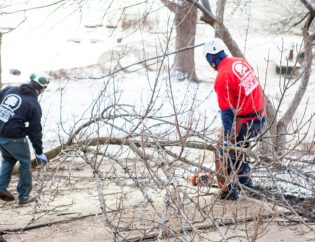 vamtam-theme-circle-post
More often than not, most people in Illinois tend to believe that pruning during fall...
Read More

Tree Stump RemovalWhy Tree Pruning Is Important (847) 530-1533 Skip to content